With current club owners such as Vincent Tan and previous ones like Elton John I think that Vince McMahon will play his part in entertaining the football fanatics around the world. All we need is love, laughter, and fights. Right!

Many say that these flamboyant owners are turning the football world into a circus. Well, I’ve always enjoyed watching some clowns as long as I can continue to watch some real superstars as well. And as long as the quality of the game don’t take a turn for the worse I think we’ll be okay. For the Newcastle fans this shouldn’t be a problem since the quality of their game can actually not take another turn for the worse.

And honestly I think McMahon will fit right in… He already looks like most of the Newcastle players during the last few games. 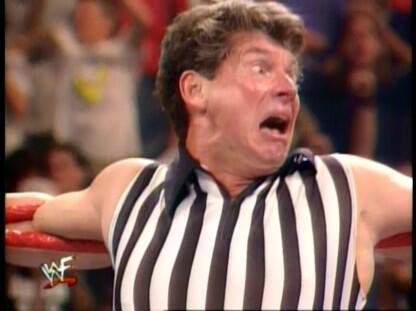 And to be honest, current Newcastle United owner Mike Ashley is a bit of a royal rumble as well.

I follow these recent rumors with much joy. Perhaps since I don’t support Newcastle and can look at the controversy with unbiased eyes. But maybe I should feel some concern. As a Chelsea fan I know that our Manager has a special eye for the world of wrestling.

Maybe Roman Abramovich will get tired of winning trophies one day and the Blues will see a new owner. Let’s hope it’s not Bob Backlund…

Whenever a celebrity dies I have a feeling that my own inevitable death comes closer.
It’s a big chunk of a reality check when someone famous dies, because if the immortals die, so do we. And in the shadow of the death of actor Philip Seymour Hoffman I came to think about one celebrity death that really affected me. The death of comedian Greg Giraldo. 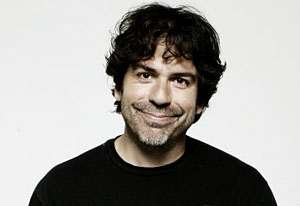 I discovered Giraldo through the Comedy Central Roasts. The events held twice every year to honor some washed out celebrity that needed air-time enough to say: yeah sure, they can verbally shit on me on national television.

Giraldo was always the first roaster on stage. The reason for this was simple – he was always the best. If the dais included eight people telling jokes you most likely would find two people bombing, five people doing well, and one doing great. That one was always Greg Giraldo. Hence the production company wanting to kick off every roast in style, Giraldo was always up first.

In 2006 Star Trek hero and author William Shatner was the center of attention at the Comedy Central Roast. Two of the comedians on the dais were Greg Giraldo and Artie Lange. Lange famous for battling demons and drug use throughout his life met Giraldo at the JFK airport in New York. They were both scheduled on the same flight down to LA for the taping of the show. As Lange approached Giraldo he could see that something was wrong. Giraldo, spastic, blurred out: “Fuck Artie, I’m off the wagon. I’ve been on a three day coke binge, I can’t do this man, I can’t get on this flight. I’m not gonna make the roast!”.

Artie, having experienced the same in his life, but sober at the time, calmed Giraldo down and told him, “we will make it Greg! I’ll make sure we get down to LA safely”.
Making sure they got seats next to each other on the plane Lange provided Giraldo with Valium and talked to his fellow comedian throughout the flight. Giraldo survived but was at the time of arrival in LA so strung out that he directly called his dealer. Lange held on to Giraldo and forced him to bail out on his drug-meeting and instead follow him to the hotel.

He checked in together with Giraldo and followed him up to his room. In the hotel suite Lange stayed up forcing Giraldo to take a shower, another Valium, and go to bed. After talking Giraldo to sleep he stayed in the room to make sure he stayed put. When waking up in the morning they enjoyed a big breakfast together and Giraldo, tearing up, thanked Lange for his companionship and that he helped him through his extremely tough time.
They took a taxi to the venue and Lange ended the cab-ride by stating to Giraldo, “I told you we’d make it!”.

After being introduced by Seinfeld-actor Jason Alexander, Giraldo, as always, was the first roaster to enter the stage.

Giraldo, energetic after a full nights sleep, took the stage with extreme confidence. He opened his roast by saying:

Greg Giraldo died of an overdose in September of 2010.
Story told by Artie Lange in WTF podcast with Marc Maron.